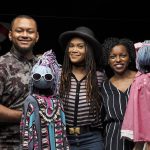 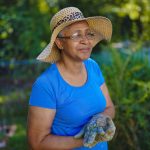 They’re high in protein. Low in carbs. Packed with vitamins, minerals and antioxidants. Peanuts are the perfect seed-of-a-pill for maintaining satisfactory health.

Certified organic peanuts only use approved methods that are safer for animals, humans and soil. Rowe applies absolutely no chemicals to grow — and stop insects from interfering with — these seed snacks. And the organic peanut farmer’s production in Albany and Americus are agriculturally “trending.” He’s only one of three Georgia farmers successfully growing certified organic peanuts, too.

Rowe collaborates with Georgia Organics, a nonprofit organization and outgrowth of a growers’ collaborative that now connects organic farms to family needs across the state. The community-based group established during the 1970s. When organic peanuts started gaining market popularity in agriculture, Georgia Organics launched the Organic Peanut Initiative during 2017.

The U.S. Department of Agriculture (USDA) grant project supports enterprising organic peanut farmers like Rowe who grow the commodity crop on a small scale. Rowe farms 20 acres in Americus, 10 acres in Albany. “I took a leap of faith, and it’s working,” said the third-year independent farmer.

Georgia designated peanuts as its official state crop during 1995. Annually, the Goober State produces roughly 3 billion pounds across 750,000 acres. However, certified organic peanuts were absent from Georgia fields until a few years ago. USDA’s Office of Advocacy and Outreach formed a market for organic peanut farmers to prosper through the Organic Peanut Initiative. The initiative:

* Tested the feasibility of organic peanut production for new farmers with limited resources and those who were socially disadvantaged;

* Connected farmers, processors, buyers and other contributors of the industry together;

* Provided technical assistance for production training and use of multimedia platforms; and

“Georgia Organics has helped support my farming business so much,” said Rowe. “It’s the reason I’m able to network with similar farmers and connect with international buyers in places like China.”

STUDYING BY THE BEST RURAL COURSEWORK 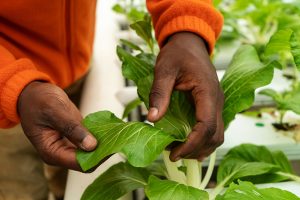 The former football player turned agricultural scholar earned a bachelor’s degree in plant science from Fort Valley State University (FVSU) during 2015. He completed a master’s degree in public health May 2019 at his alma mater as well. January 2020, he pursues a doctoral degree in crop, soil and environmental sciences at Auburn University in Alabama. When Rowe isn’t controlling his farms’ weeds atop his Kubota tractor, he supervises FVSU’s campus greenhouse full time.

“I guess I’ve always had a green thumb,” said the greenhouse manager. “I grew up farming in fields with my family, so it makes sense.” Rowe manages up to six greenhouses at FVSU. With hip hop playing in the background (therapy to his plants), Rowe oversees everything from ornamental flowers and transplants to the university’s aquaculture and specialty plants.

His greenhouse post, along with the struggles and successes of his agribusiness, have served as beneficial learning tools he shares with other young farmers. A lot of times he meets fellow agriculturalists while traveling the Black Belt Region to annual conferences and workshops. It was at one of these networking events he discovered the West Georgia Farmer’s Cooperative (WGFC). The grassroots collective established during 1966 and is one of the state’s oldest black farming co-ops.

WGFC educates it members and rural communities about cooperative economics — a survival approach of sharing resources and helping one another. Rowe is now an active member and acts as a liaison, introducing beginning farmers to the co-op and its services to help African-American farmers’ effectively promote products, services and ideas. “Joining groups like Georgia Organics and WGFC just opens up a wealth of knowledge and people to learn from,” said Rowe. “These groups have my back as a certified organic peanut farmer in an industry barely tapped into right now.”

YIELDING THE MOST VALUABLE RURAL COLLATERAL 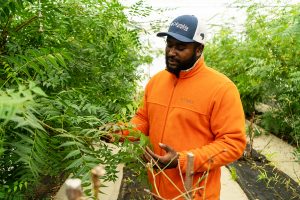 Through these traditional organizations, Rowe is also on a mission to bridge the gap in agriculture between old farming strategies and new technology. Fighting for land in the 21st-century digital economy is power, he said. “People want produce,” he said. “They want it from the back of a pickup to our cell phones. That’s why I’m striving to become self-sustainable as things shift. I want others to see they can do it, too.”

To get his agribusiness off the ground, he has gone through the pains of heir property protocol to even taking a loss with a then 5-acre peanut venture to start. That loss became a 30-acre gain and 25 tons in peanut production. Patience and persistence is how Rowe is able to cultivate a valuable commodity crop. While traditional peanuts farmers potentially earn $400 to $500 for a ton, Rowe’s certified organic peanuts can collect four times the going price for the same weight.

Yes. That big of a difference. Rowe knows the possibilities with organic peanuts. He realized their appeal when he worked as agriculture specialist at South Georgia’s New Communities — the original model for community land trusts in the nation. Founded by civil rights leaders Charles and Shirley Sherrod (also a former USDA official), the nonprofit hired Rowe right out of college. It was there he got the property certified 50 acres to grow organic produce. He also managed 3 acres of satsuma oranges and muscadine grapes.

When Rowe isn’t farming his certified organic peanuts, he grows cotton. Currently he farms half an acre, researching herbicides and cover crops for cotton. “I want to stay in research, learning unconventional ways of continuing to grow my organic peanuts,” Rowe said. “They require special attention, so I want to contribute to government initiatives on this topic. I’m also interested in other environmental issues. Maybe I can work with the Environmental Protection Agency or military.” 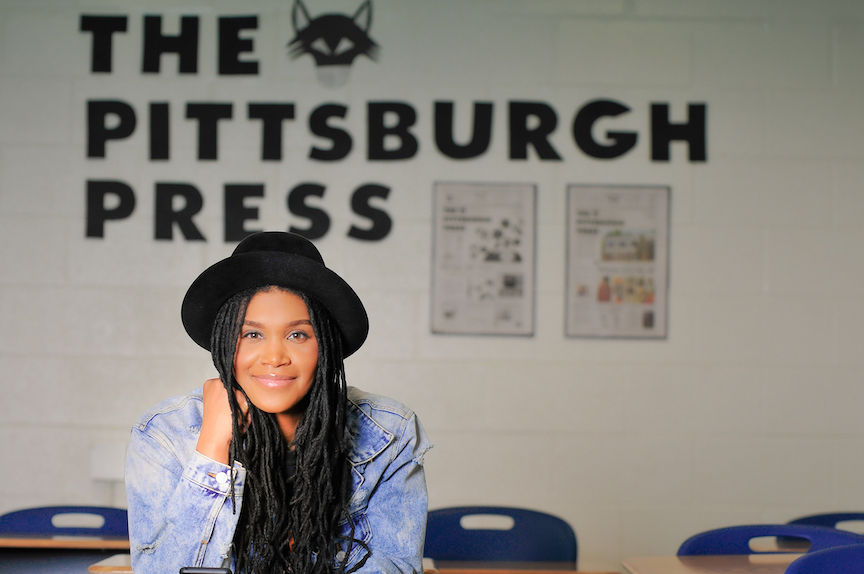 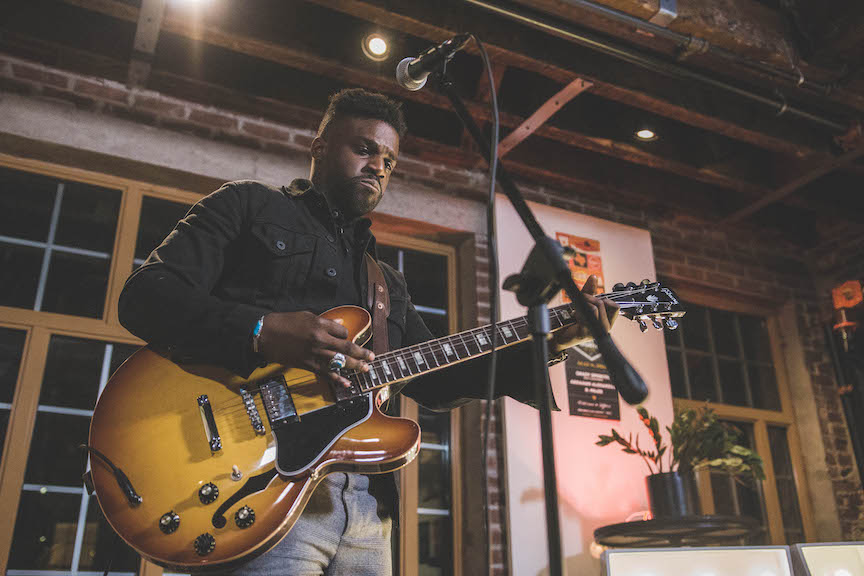 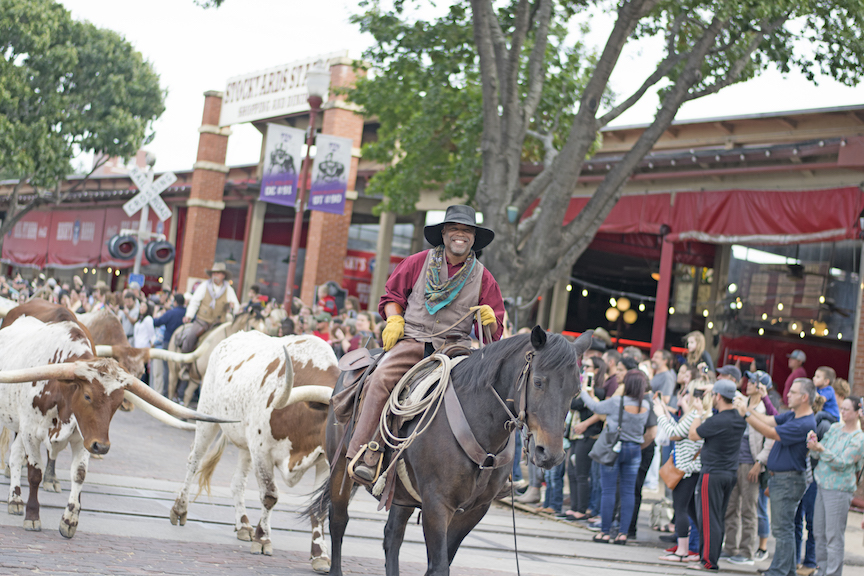