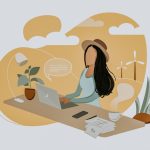 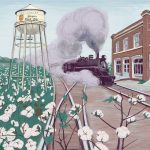 Four goats and a donkey bush hog family history back into view. Undergrowth blanket where 19th– and 20th-century kin folk of the Hicks household farmed as part of generational survival. Opposite the livestock-mowing operation holds firmly the Hicks’ home house — as it’s referred. A now paint-peeled, wooden homestead still protected by its original tin roof.

The home house safeguards bits of Old South heirlooms and black-and-white photographed relatives. American Civil War and Reconstruction era mementos of Black rural life. “This place needed some TLC, though,” said Richard Hicks, a 45-year-old information technology professional. “I use the home house to catch up on virtual work and keep our history alive.”

Hicks is the newest guardian of his family’s roughly 5-acre centennial property. Settled on Log Cabin Road in Milledgeville, Georgia — the state’s former capital city. Richard’s father, the late Samuel A. Hicks, tasked him with the preservation project. And Richard, the eldest of Samuel’s three sons, accepted. Paying the property taxes. Discovering more about his agricultural heritage along the way.

Traveling from his tech job in Atlanta to the Baldwin County small farm on weekends has been Richard’s lifestyle since Samuel’s death in 2014. “Daddy loved this place,” said Richard. “He sat out here and told me so many stories about the way things were. I can’t let that go.” For the past seven years, Richard has been practicing micro-livestock farming to beautify and sustain the land. Micro-livestock are those smaller breeds that can easily survive on diverse food supplies. Adapt to pretty much any environment.

“Fiona is small but strong,” said Richard. “She watches over us all.”

And although goats are primarily bred for meat and milk, Richard’s trip is strictly for land clearing purposes. While they clear vegetation and brush, Richard handles other farm chores. Re-assembling farming equipment. Renovating worn areas of the home house. Picking fruit from aged trees that continue to produce. Managing newer ones in an orchard dedicated to Samuel.

During 2021, a 1948 Ford tractor tops the to-do list of restoration assignments to complete. “Getting that tractor started again will help speed up work around here,” said Richard, nodding and smiling about the possibilities. And with every task, Richard’s two brothers, Jamaal, 40, and Marcus, 33, uphold their supportive roles on an as-needed basis.

Their mom and Samuel’s wife, Lillian, 71, chips in with parental directives now and again. “Time to feed the goats Allen,” she hollers out Richard’s middle name from the back of the home house. “When you’re done, come on. It’s time to eat.” After farm work, it’s back inside. Richard clocks in with digital obligations before the weekend closes.

Edward and his immediate family members continued to live there throughout World War I and II, the Great Depression, Roosevelt’s New Deal programs, the Agricultural Adjustment Act and Civil Rights Movement. Their patriarch farmed until his death in 1968. Richard knows nothing about his grandfather outside of farming. What Lillian remembers about her father-in-law: his busybody hands.

“He was good with them, and so was my husband,” said Lillian. “Allen gets that from both of them.” Lillian flashbacks to 20-century memories on the Hicks’ land. Her fragile fingers and willowy frame point toward sections pomegranate, pecan and muscadines have and still yield since before she was born. Now orange, peach, fig and walnut trees dot the area as well.

Cattle, chicken and a vegetable garden supplied more food options for Edward, his wife the late Naomi Holsey Hicks Hardy and growing family of 9 kids in the 1940s and ’50s. Samuel was the eldest. “When I married Samuel, I remember picking muscadines out here,” said Lillian. “His sister, Edna, would put pecans in a barrel and sell them from the side of the road.” The Hicks even collected, boiled and bottled their own maple syrup.

The family continued to expand and physically produce crops to feed themselves. They seldomly visited downtown Milledgeville for groceries, Lillian assured. Their positioning at the beginning of the 20th-century is a rather interesting account. Surrounded by cotton and plantation families with slaves in the city and county, the Hicks owned their land. An inheritance from the slave owners who Richard is currently researching.

Black land ownership in the South culminated in 1910. Black folks amassed between 16 million and 19 million acres. However in Richard’s lifetime, there are roughly 35,000 Black farmers around, owning less than 1 percent of rural land. Edward was able to avoid life-threatening racial discrimination, heir’s property disagreements, forced land sales and lending schemes. By 1920, Edward became one of nearly 1 million producers with a Black-operated farm.

“Grandpa was blessed to have this land,” Richard said, looking toward the home house. “Why I’m adamant that it stays with us.”

The same year Edward died, Samuel entered the U.S. Army. He served in the Vietnam War as a paratrooper. Samuel returned home and continued farming on his father’s land. Bailing hay and raising a few cattle. Almost 10 years after Edward passed away, Samuel and Lillian brought Richard into their rural world. The three lived next door to the home house. A trailer that flacked the homestead and where Richard and second sibling Jamaal spent most of their childhood.

Farm life quickly taught Richard responsibility and respect for the land. His kid days included much grass cutting in the summer months, wood chopping by winter. Jamaal and cousins would join Richard on backwoods adventures to Lake Sinclair for evening fishing. The Hicks property led straight to a portion of the 1953-built, 15,330-acre reservoir between Milledgeville and Eatonton. “In the ’80s, so much was going on out here,” said Richard. “It was a hot spot for fish fries and hanging out at the lake with my family.”

During Richard’s teens, Samuel relocated the young family to Mableton for a new career opportunity. It’s where Marcus was born and raised. “Milledgeville is like my second home,” said the baby brother. “Allen and Jamaal have completely different childhood experiences than mine. They talk about the country all the time.”

High school ended, and Richard found himself right back in Milledgeville. He attended and graduated from Georgia College & State University with a bachelor’s in computer information systems in 2002. He rooted his technology background in education. And for more than a decade, the tech specialist contributed to national education nonprofit PowerMyLearning. Headed in New York and Los Angeles, Richard executive directed the Atlanta site. Traveling on behalf of the nationwide brand, he wanted to concentrate more digital literacy on Georgia’s minorities and low-income families. So, he launched a spinoff nonprofit: Inspiredu.

“COVID proved how important educational equity is, especially for people of color and in poor rural areas like Milledgeville that often lack broadband,” said Richard.

A year prior, FCC proposed closing the rural digital gap with the Rural Digital Opportunity Fund. A $20.4 billion program to expand broadband in unserved rural homes and businesses. Awarded over a 10-year period. Until then, Richard uses home house time to network virtually with community-based organizations, schools and partners. The discussions: how to move more rural Georgians and students online.

Richard’s countryside office is a synthesis of rural Black’s past meeting the future. Antique flat irons, a cast iron fireplace and harmonious vintage woodwork share new space with smartphones, laptops and flat-screen TVs. Technologies Richard sees evolving the property, never overshadowing it. “I want a lot for this farm,” said Richard. “For the next generation to connect agriculture and technology. To clear more land. Raise more livestock. Add a pond. Bring back family gathers. It’s what the Hicks were known for.” 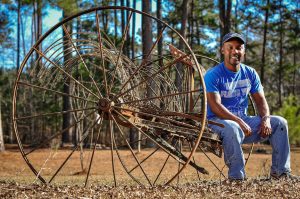 How to fast track your agribusiness success online 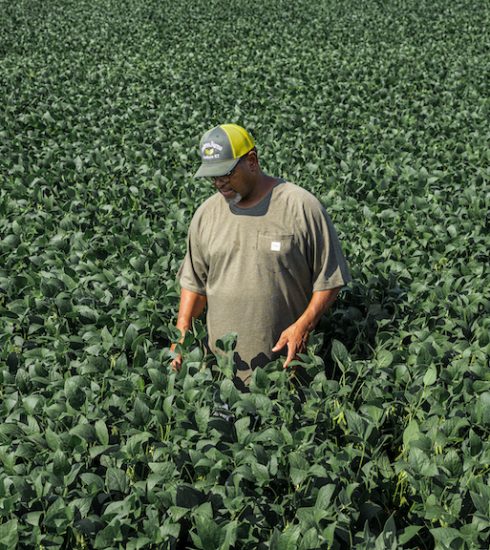 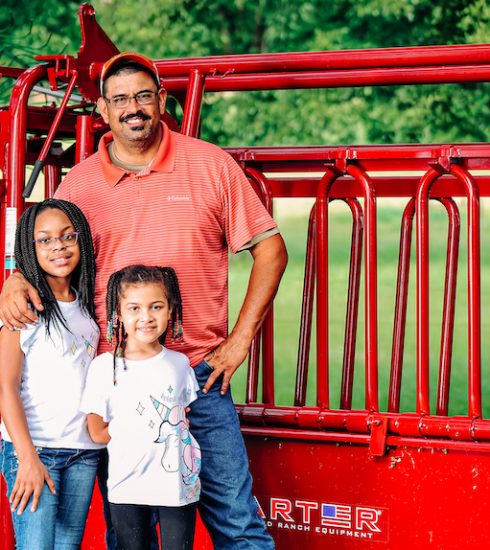 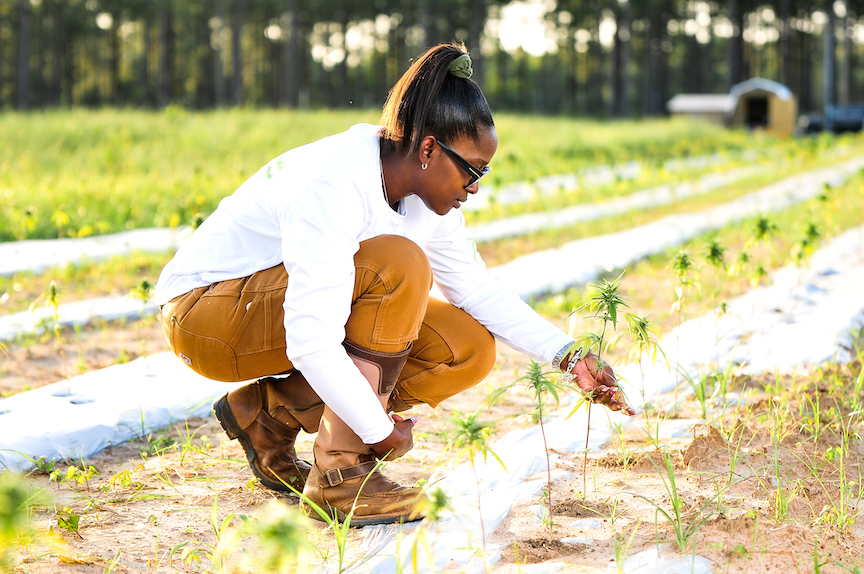